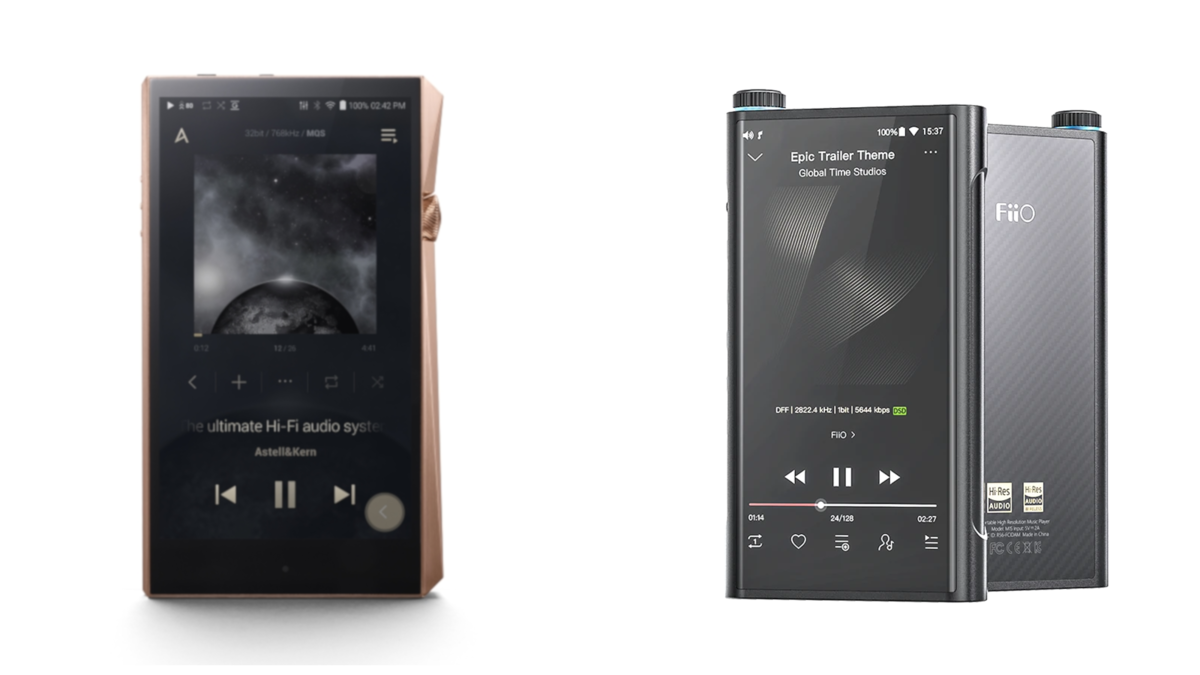 The latest M15 from global Digital Audio Player (DAP) maker FiiO is equipped with dual AK4499EQ, Asahi Kasei's flagship DAC chip. There are only two DAPs on the planet that have dual of the highest DAC chips in the industry, yes, one of them is the "FiiO M15" ... and the other is Astell & Kern's flagship DAP "a&ultima SP2000".

This time, we have compared the sound quality and usability of the M15 and SP2000 Copper models at the store trial listening, so I would like to share you their impressions. 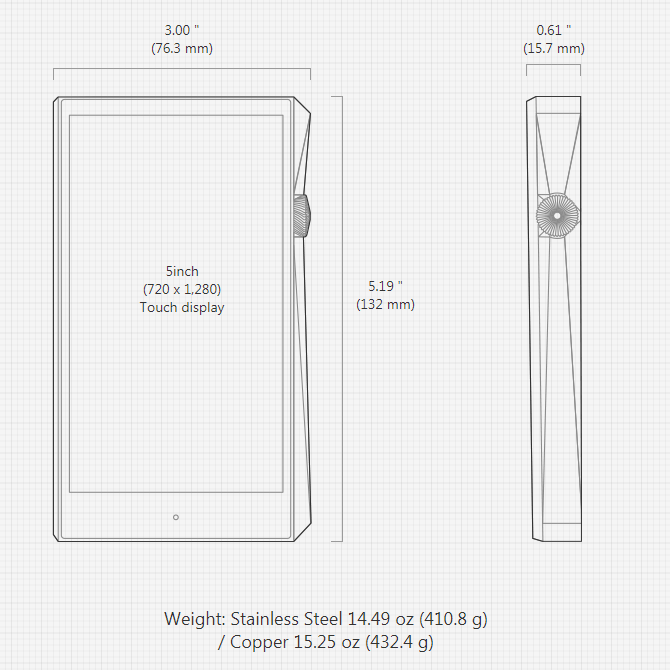 Support for streaming services and apps

Since the FiiO M15 is a nearly complete Android OS compliant DAP, it can be used with any Android app by using apk. Therefore, not only can you install your favorite music player app, your streaming service or subscription service, you can even use SNS such as web browsing and Twitter.

SP2000, on the other hand, supports some player applications and streaming services by using the Open App specification. It can be said that subscription is supported by Open App in its own way, but there are limitations such as not supporting ULTRA HD playback of amazon music HD and not being able to use the attached app of wireless earphones.

Generally, if you want to use a functional and advanced music service, Android OS is more advantageous. In this area, the FiiO M15 is more modern and will satisfy users.

Are you worried that Android is rather annoying and the sound quality might be degraded? Okay, the FiiO M15 is equipped with “Pure Music Mode”, which makes it as comfortable as a traditional music player and improves the sound quality.

You may have a taste for appearance, but frankly it is true that the FiiO M15 is better. The output interface is 3.5mm single-ended / 2.5mm balanced / 4.4mm balanced, and the volume knob movement like an amplifier is smoother, giving you the feeling of stepless volume adjustment. The side of the housing is equipped with a grip rest and an interface button as if it were conscious of the NW-WM1A. Not only is it easy to grasp, but it also has a HOLD button to prevent misoperation by accident. Walkman users will be able to use the FiiO M15 with a more natural feel.

The SP2000 is flatter, squarer and simpler. It is very disappointing that Astell & Kern continues to equip only 2.5mm with balanced output. A 2.5mm plug, which is easy to break and be dameged and it is not suitable for the high end. The volume knob has a vertical design, not as good as the M15, but still smooth enough. The nice thing about this design is that you can easily adjust the volume with the finger cushion when holding the body. Both are high-end flagships, aiming for the best sound at the moment, and have a concept that is all-in-one and compatible with all headphones. The SP2000, unlike the SP1000, does not have an external sub-amplifier system. According to Astell & Kern's view, the SP2000 gained complete amplifier output on its own and, unlike the SP1000, it was ultimately completed by itself (just like "ultima")!

We have already confirmed that the flagship model of the FiiO fully embodies the all-in-one philosophy at the amplifier output in the first impression of the M15, but what about the SP2000? At least the published specs are higher than the Cayin N6II / E01, but seem to be slightly below the FiiO M15 figures.

We actually brought beyerdynamic T1 (impedance: 600Ω) to the store and checked whether the driving force was sufficient. In our tests, Astell & Kern's claim seems correct. The SP2000 did not seem to have a shortage to drive the T1.

Therefore, the conclusion is that the perfection as an all-in-one DAP is equally good, but the FiiO M15 will be slightly better.

One of the most important factors when choosing a DAP is battery life. From the viewpoint of carrying a DAP, it is better to have as long a time as possible, and I hope that the minimum required time should be 8 to 10 hours. The M15 has already proven to have enough battery power (10-15 hours!), but what about the SP2000?

I once hated the bad battery life of Astell & Kern's DAP. However, depending on the gain, KANN CUBE, which make me feel still a sense of lack, but it provided us with enough playback time, so we have reconsider it a bit.

So I was expecting a little, but frankly, the battery life of SP2000 is not good. I guess it's hard to believe, I connected the beyerdynamic T1 and listened to each other, the battery of the SP2000 was reduced by more than 10%. while the one of M15 was not reduced by 1%. The SP2000 has no doubt about 10 hours of playback time, and in the worst case, I think it can only play music for about 5 hours.

The SP2000 generates a lot of heat, and the FiiO M15 also generates heat, but the SP2000 will increase more.

Now it's time to decide the true high end. It is time for sound quality comparison. So far, the FiiO M15 seems to be doing well, but it's clear that DAP's sound quality rating is paramount. Both are equipped with the same DAC chip, but the price difference is more than twice, is that fair? I don't know unless I listen.

I compared the sound quality of the FiiO M15 and SP2000 Copper with five sound sources upsampled to DSD256 from my favorite songs. The reason why I chose Copper was generally said to be a warmer sound in the SP2000, and I always felt that kind of impression at store listening. I thought it would be a good match for the M15, which has a warm sound.

I'm getting straightforward to the point. If you want pure audio elements (sound field, background silence, resolution, stereoscopic effect), you should choose SP2000. I think the M15 is judged to be generally incompatible with SP2000 in the pure audio aspects described above.

The sound of the M15 is warmer, the background is slightly tinted, and the lows are powerful, but a little slower, and the atmosphere of the sound is more idyllic than the SP2000. Although it can be evaluated as a natural sound, SP2000 will clearly be judged to be a high-class audio-like sound because of the tone and fineness of the sound and the quietness of the room. The difference is obvious. The sound is three-dimensional and has a deeper depth that makes you feel the dynamic range is good, and you can at least feel the difference that convinces you that there is a price difference.

Therefore, if you want a truly high-end pure audio sound, you should buy SP2000. However, in terms of sound quality, the cost performance is probably better with the M15. However, it must be clearly stated that the sound of the M15 is far below that of the SP2000.

Conclusion: "If you stick to the sound, you should choose the SP2000, but for many people, the better option is the M15."

The conclusion is as follows. The FiiO M15 is superior to the SP2000 in almost all aspects except sound quality. But as far as the sound quality is concerned, Astell & Kern has realized a truly high-end, pure sound with the SP2000. The FiiO M15, however, is less than half the price of SP2000.

I don't know what you care about the difference between the two models. But now that you've read this article, I guess you might have come to the answer, which one you should buy. 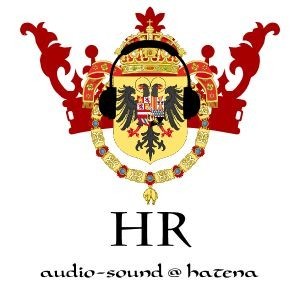 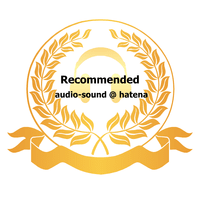 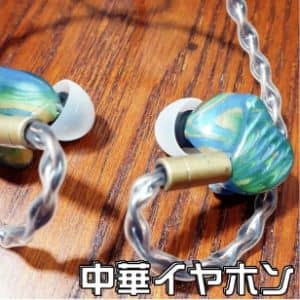 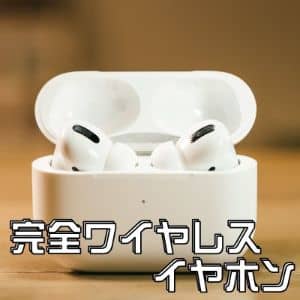 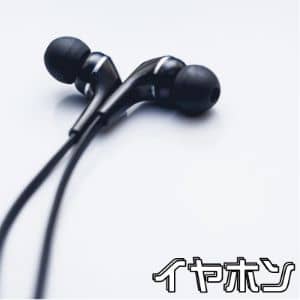 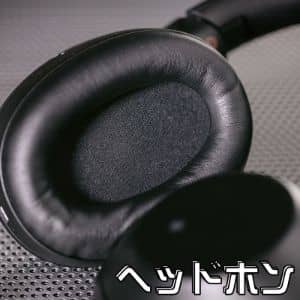 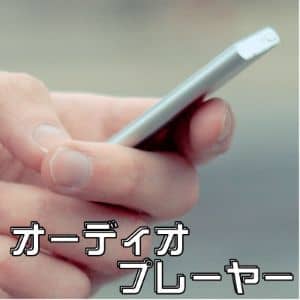 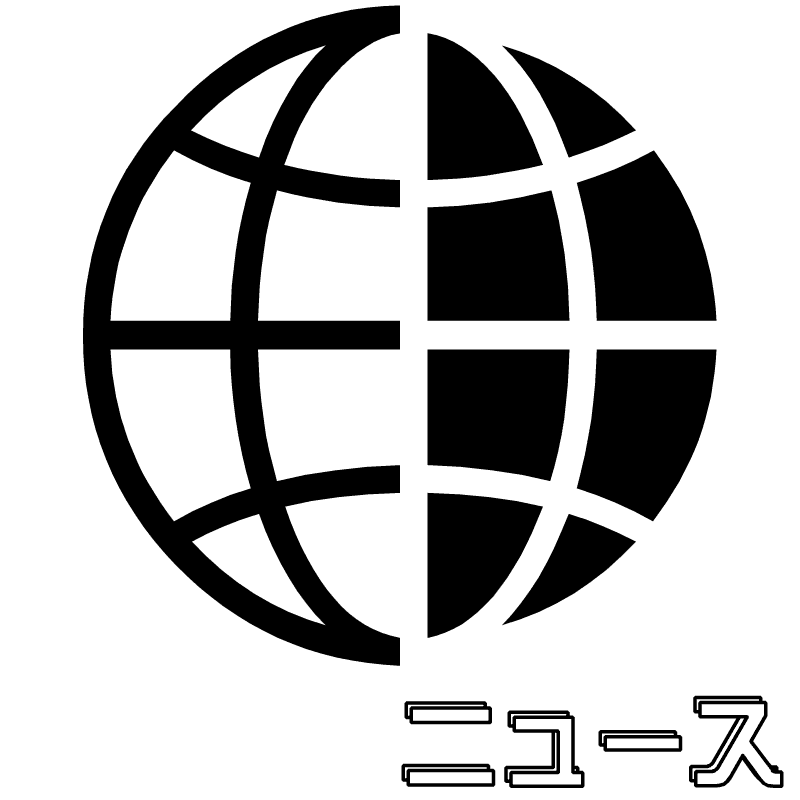 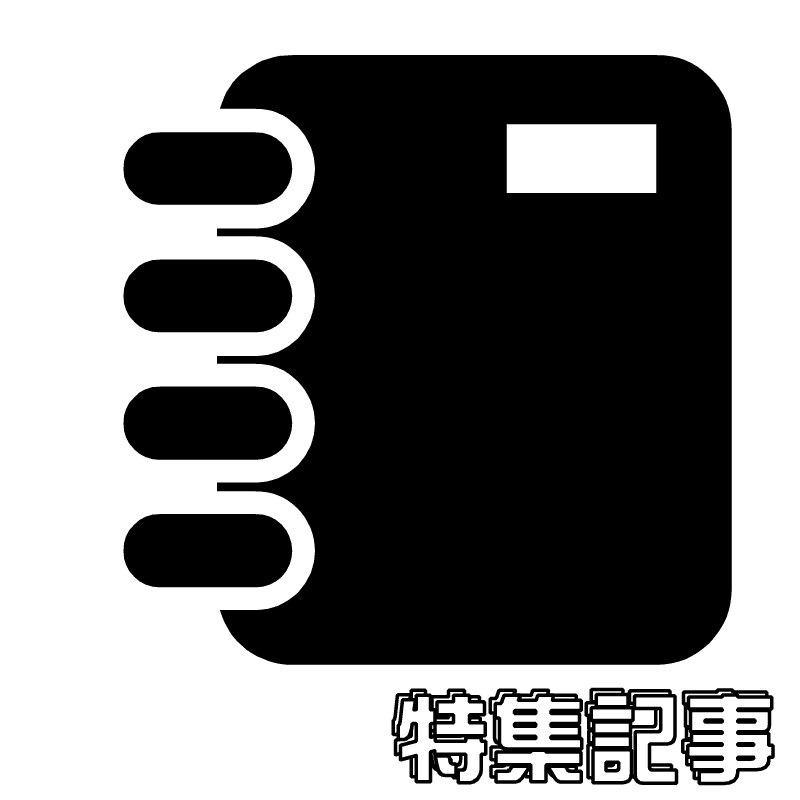 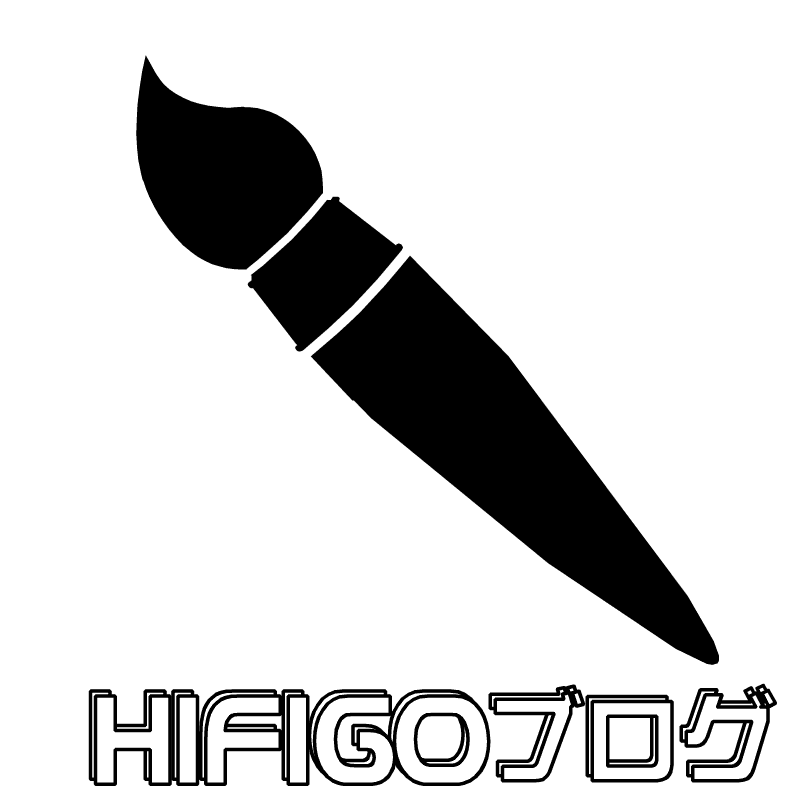 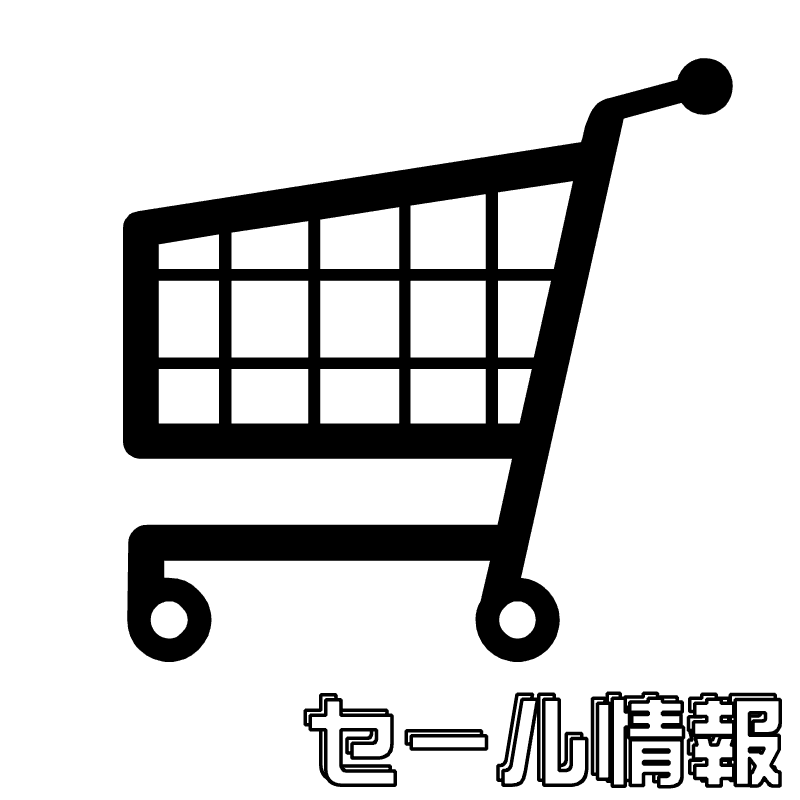